Why Rossi is Wrong about Warriors.

As one of the top warriors in the world, this article shows how little the author really knows about warriors. A few problems with what he writes. (Article here http://wow.joystiq.com/bloggers/matthew-rossi/)

1.) Yes, execute is a high percentage of our damage. But for neither fury or arms is it realistically 25%, unless that warrior is just bad. On landsoul's 3# parse, on the fight with the STRONGEST execute phase (Elegon) the damage from execute was only 22.9% - that with infinite rage (Berserker stance and avatar) AND all other CDs, PLUS the boss taking over 100% extra damage in execute phase, and a comparatively lesser amount earlier in the fight. On both his other top parses, as well as my own, execute was more realistically 12-17%.

2.) In execute phase, all rage is being spent on execute ONLY, and as few other GCDs are used on rage free abilities as possible. This means that, while above 20% health, a GCD will be used on things such as heroic throw, overpower, slam, etc, during sub 20%, EVERYTHING is focused on getting as many executes out (especially during CS) and ignoring other abilities such as OP, rage allowing. Thus, on a normal fight if I were to focus on only, say. slam, and ignore things like OP/throw of COURSE the percentage damage of that one ability would be higher.

Theory crafting requires an understanding of how a class works. If you aren't going into execute phase with close to full rage, a CS ready, all cooldowns up, potting, and depending on the fight with bloodlust, you're doing it wrong. Considering all the extra things a warrior puts into execute phase, is it any wonder it is so strong?

Oh, and another note. Unless your warrior is just bad, he should still be pulling incredible numbers, especially on elegon, garalon, wind lord, stoneguard, and gar'jal.

If Rossi really things warriors underperform the rest of the fight, maybe he should do some more research. I assure you, this is not the case.
Posted by Darkfriend at 2:37 PM 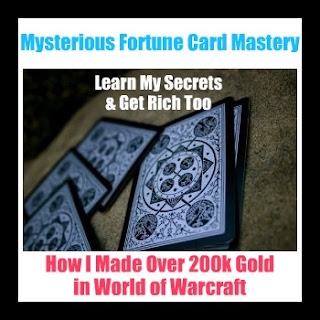